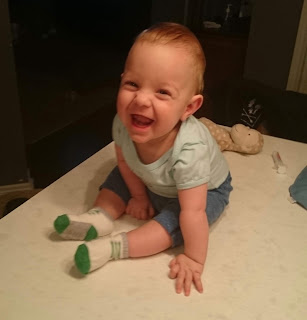 In a sterile hospital room, I sat crossed legged on the floor with Cruz calmly in my lap. Facing outward, he knew I was crying, which made my heart ache more. Even at 11 months old, he was very aware of emotions. What was wrong with mommy? He kept trying to look at my face, which I desperately tried to hide from him. I never wanted him to see me cry, but he didn’t need to see me: he could feel the tremors of my chest and they were only made more pronounced by me trying to stop them. With a simple nod of the nurse’s head, she had confirmed that Cruz had Cerebral Palsy (CP). 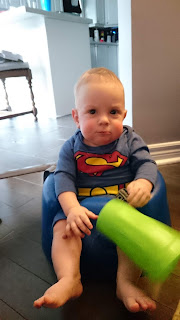 The appointment was over. Anything said after that wouldn’t have registered anyway. My baby was hurt; he had an injury in his brain. There was nothing anyone could have said at that point that would have even mattered. As a mom, I felt helpless. My job was to love and protect him, but I couldn’t protect him from this. I felt like I was letting him down. We were handed what my husband and I later coined our “welcome to CP bag” (complete with a binder of local resources, a stuffed animal, Chicken Soup for the Soul: Children with Special Needs and a highlighter pen) and sent home.

In the beginning, I often found myself in the midst of a full-blown panic attack. Gasping for air, feeling like a cement block was weighing on my chest. Nights were to be the hardest. There was no way to switch my mind off. The light of my phone became my friend in the middle of the night. Multiple tabs opened as I scoured the internet for help and advise. Actual Google searches consisted of: “cerebral palsy levels,” “preemie stiff legs,” “infant massage cerebral palsy,” “mild cerebral palsy symptoms in babies” (praying it was mild), “people you didn’t know had cerebral palsy,” “cerebral palsy navy,” “RJ mitte” (looking for inspiration), “stem cells,” “ABM,” “SDR” (and many other treatments), “…spastic diplegia” (at different ages, looking for videos of other similar kids), “Live in infant physiotherapy” and many, many, many more. And a few weeks after the diagnosis I found myself googling “definition of a hot mess” (I kid you not!).

I openly pled with my husband, the universe, God, whoever I could attempt to barter with. The stages of grief became a familiar circle. A circle that I would experience in rapid succession when Cruz was either asleep or with someone else. 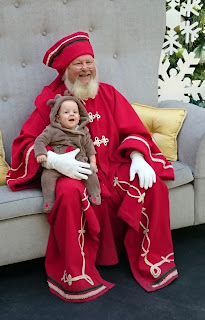 Of-course, I didn’t want Cruz to see me upset, but that wasn’t why I didn’t grieve in front of him. It was because when I was with him, I could see there was nothing to grieve about. The truth was, nothing had changed. He was the same smart, loving, funny, amazing little boy as the day before “the nod,” which remained true the day of and has been the case every single day after.

The pain didn’t come from what the diagnosis was, it came from what it meant. What it could mean for his experiences in life. As a parent, you intrinsically worry about everything. All parents want to shield their children from pain.

Will these feelings ever pass? Being three years past our initial diagnosis I can confidently say no. They do however become fewer and farther between.


With the passage of time I’ve learned a lot. Whether you are reading this as a parent of a child that has recently received a diagnosis or a person looking to get a glimpse into the life of a family with a child with CP, it is important for us all to remember the power of inclusion. One thing I have come to realize is that, after all, all of our children have aspects of their lives they are working on and things they need help with. Whether it be needing glasses to help them see or teaching them how to share, working with a professional for a speech delay or managing aggressive behaviour, children are continuously furthering their development with assistance.

I’ve never met a child, or an adult for that matter, who doesn’t have some aspect of personal development that they struggle with and are working on. Cruz’s just happens to be walking. 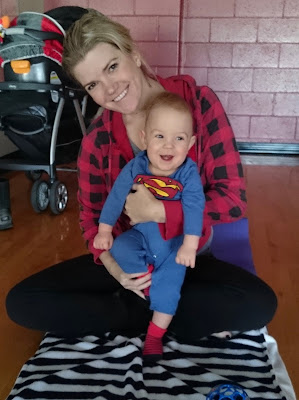 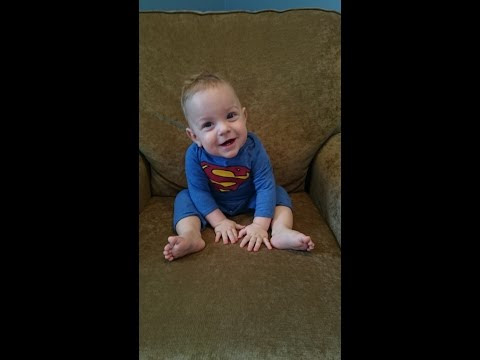